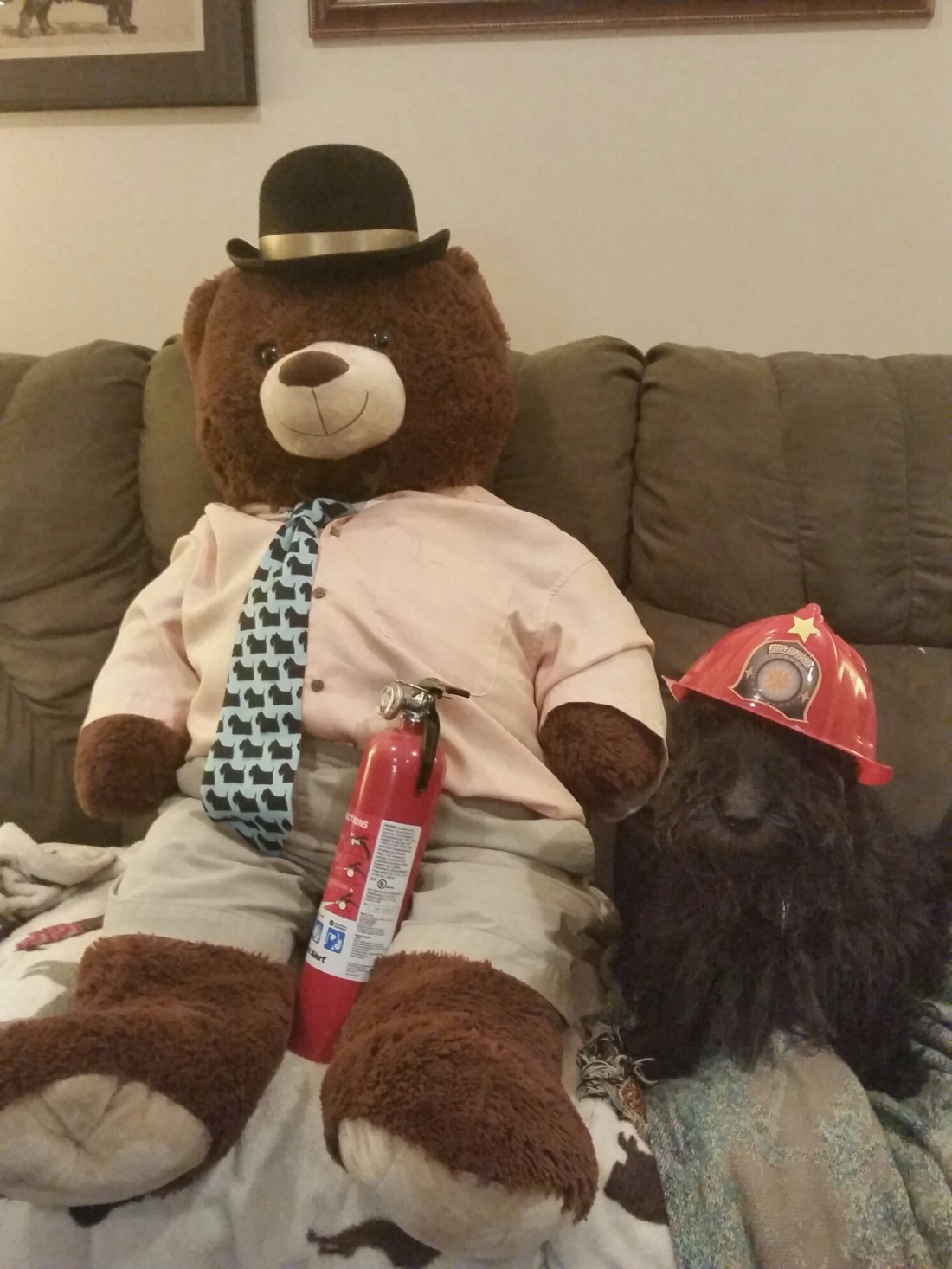 So yesterday, Mama was cooking up some beef and turned her back, when all of a sudden there was a cooking malfunction, apparently,  as smoke started to billow from the pan and smoke spread all over Angus Manor.  Ainsley,  apparently,  learned safety drills from the Captain of the Costa Concordia as she wasn’t waiting around for no woman or children – she scooted down to the basement immediately on her own.

I remained calm and didn’t even get up – I’ve seen this all before.

In fact just a couple of years ago, the big fire truck in town and the fire chief himself was summoned to Angus manor for a similar event.   But instead of beef, it was baked chicken that day.

But me and Mr Bear aren’t taking any chances.  Mama is about to start breakfast soon.

10 thoughts on “How do we know dinner is ready? The Fire Department tells us!”