We’ve come out with this new product,  Scottie Spectacles,  for the nearsighted Scottie. 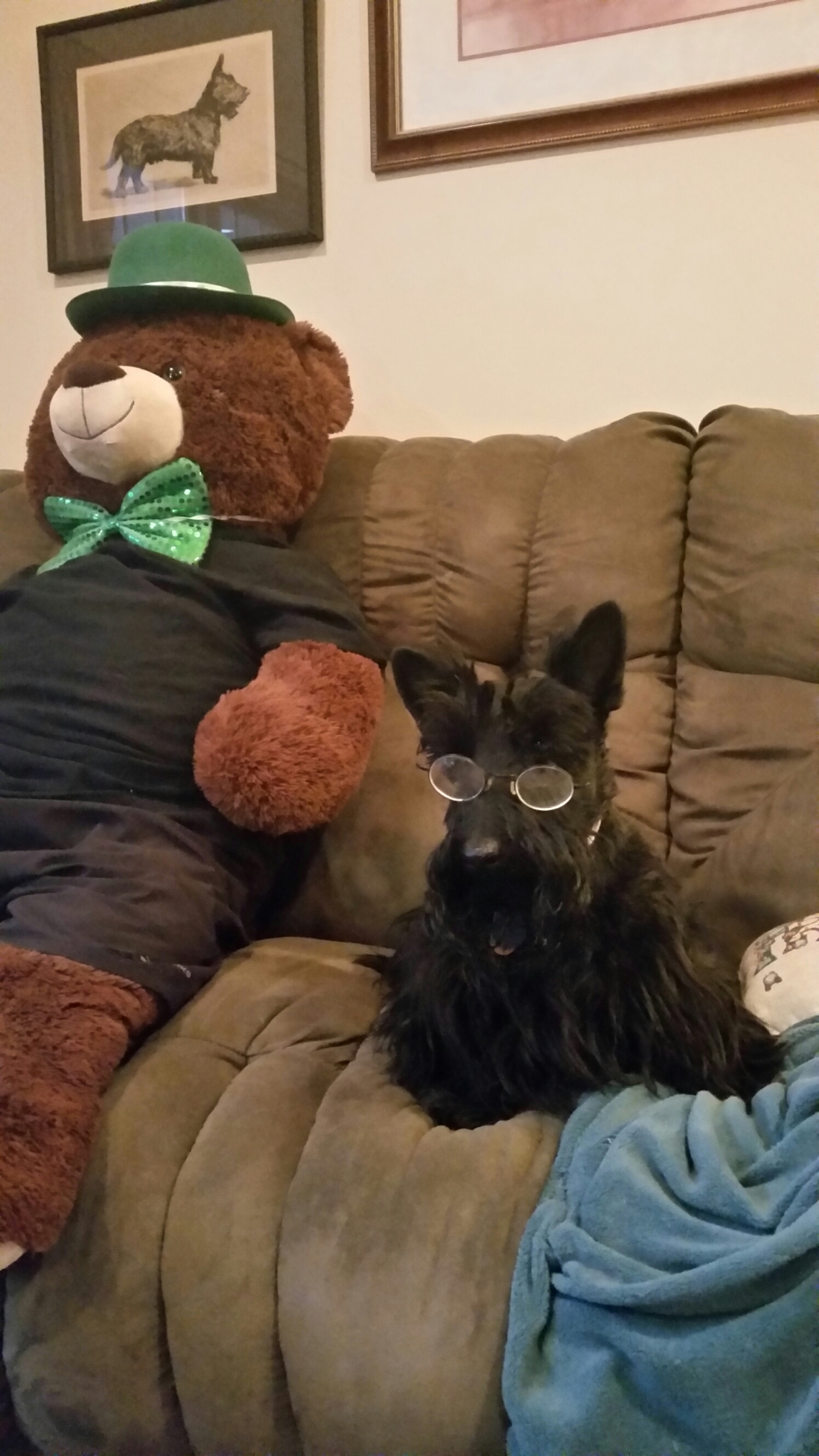 Our Beta-Testing has been disapponting. While it is true that bunny acquisitions by the 4 eyed Scottie is projected to be up by 135%, there is a design flaw with the ear piece,  making the spectacles, using a scientific term here, “cock-eyed,” at eye level.

Oh well, they can’t all be winners I suppose. I guess we’ll call Bill “Money” Gates and see if wants to buy the concept.  I remember he gave us a lot of money for that bad computer operating system I invented a few years back – we called it Angus 2.0. Gotta give ol Money Gates credit – he took that flawed software and gave it a new name – Windows 8.

14 thoughts on “Monday Night on the job”