If you will indulge me, I would like to continue my journey through my newly found stash of pictures when Angus came home back in 2001.   Some of you may find this maudlin and boring, but I know some of you who knew him personally, or through these pages, might find it of some interest, perhaps.

Angus was picked up Father’s Day of 2001.  The day before, Hooman sis, Mama, and Catman went to Chicago, where Hooman sis and Mama attended an ‘N Sync concert.   ‘N Sync, or so I am told, was quite the popular item – kinda like the One Direction of their time.  Anyway, here is Angus and Hooman Sis coming home from Wisconsin…

Angus then got to drink a little water.  Kind of apropos since he would get Cushings Disease and drink copious amounts of water about 10 years later. 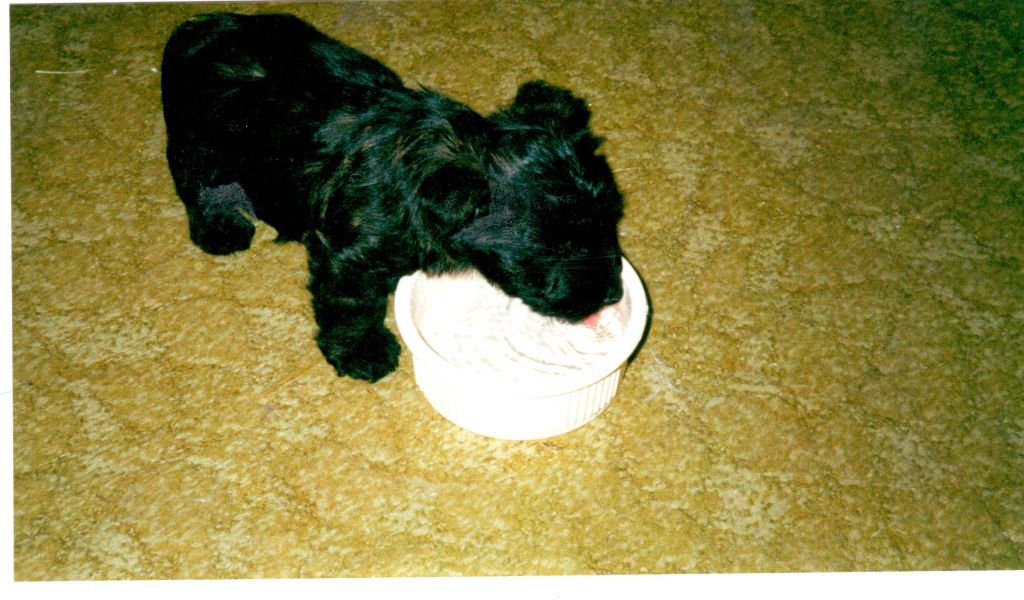 And no wonder Angus always cherished his sister Lady.  Here she is tending to him while he is in his crate (and no, he didn’t tolerate being in the crate long!) And here he is, obviously just a little older, with ears that have raised up. Instituting what would be a precursor to his patented Zone of Hostility, this time, with Pickles the Cat (notice the puppy paw prints on the laundry room floor too)…the Scottitude is very strong in this one, it is, as Yoda might say. 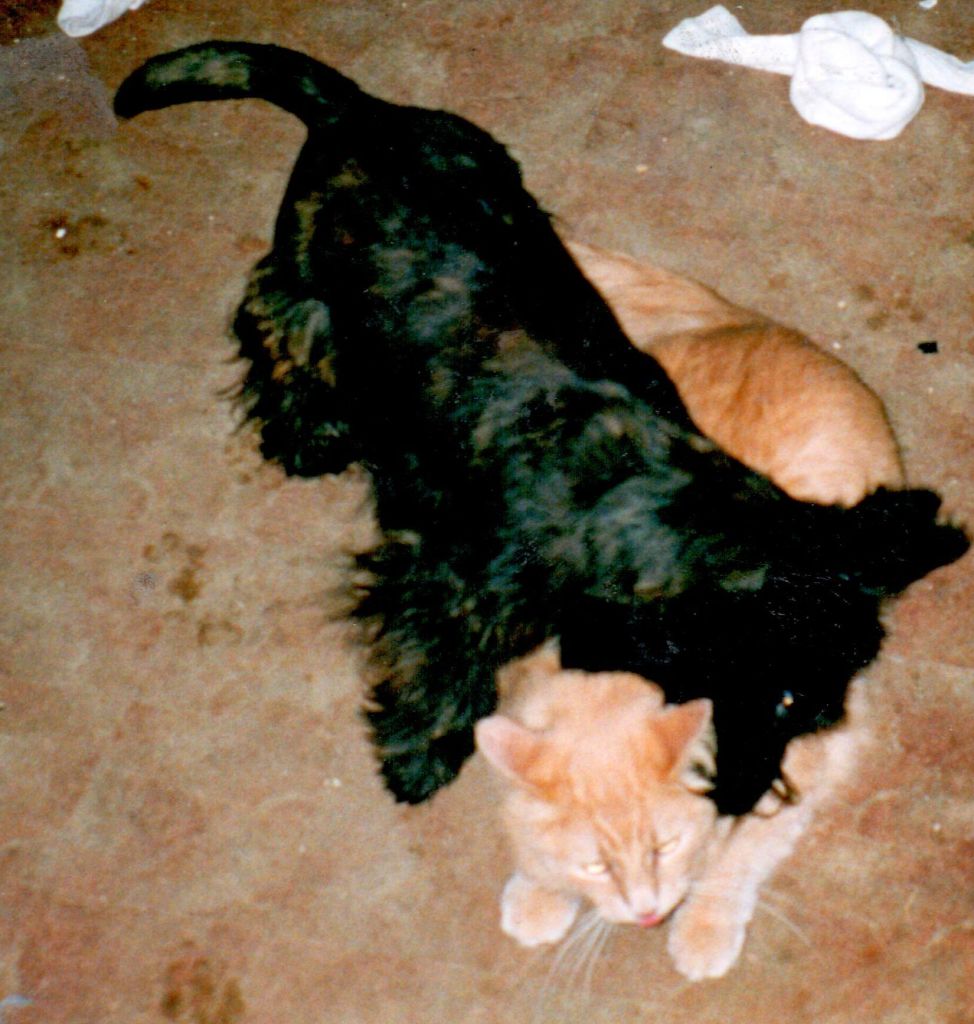 Yoda would come up later too….here is Angus dressed up in his ahem, beloved, Yoda outfit back in September of 2014, when he was 13 years old… 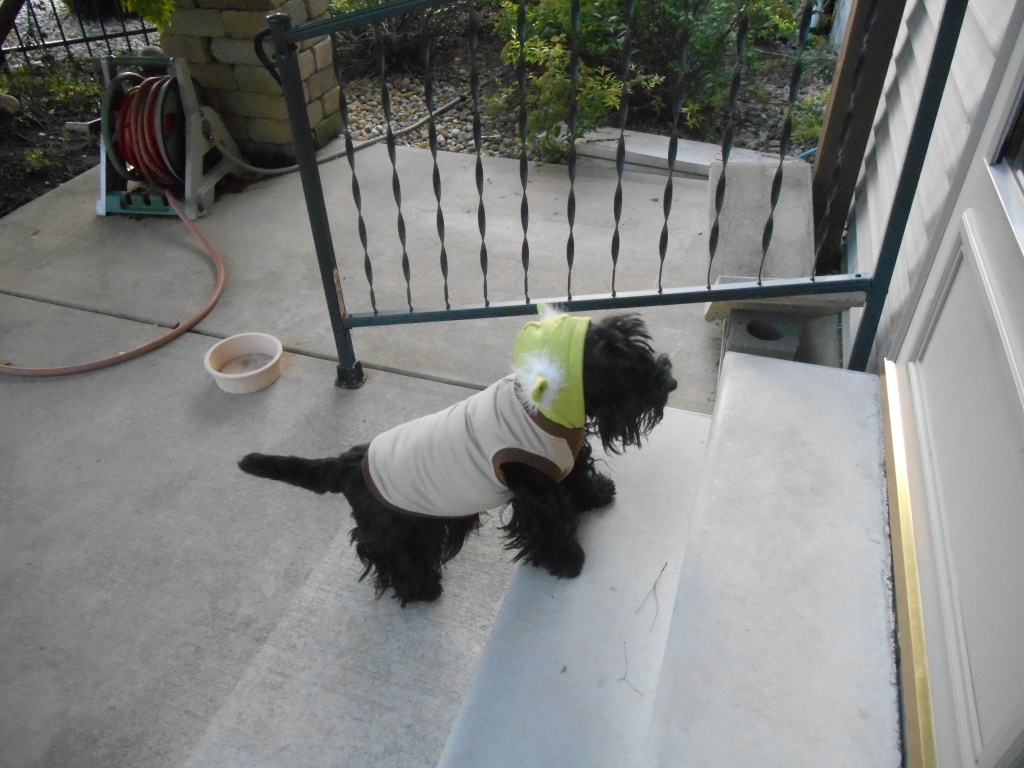 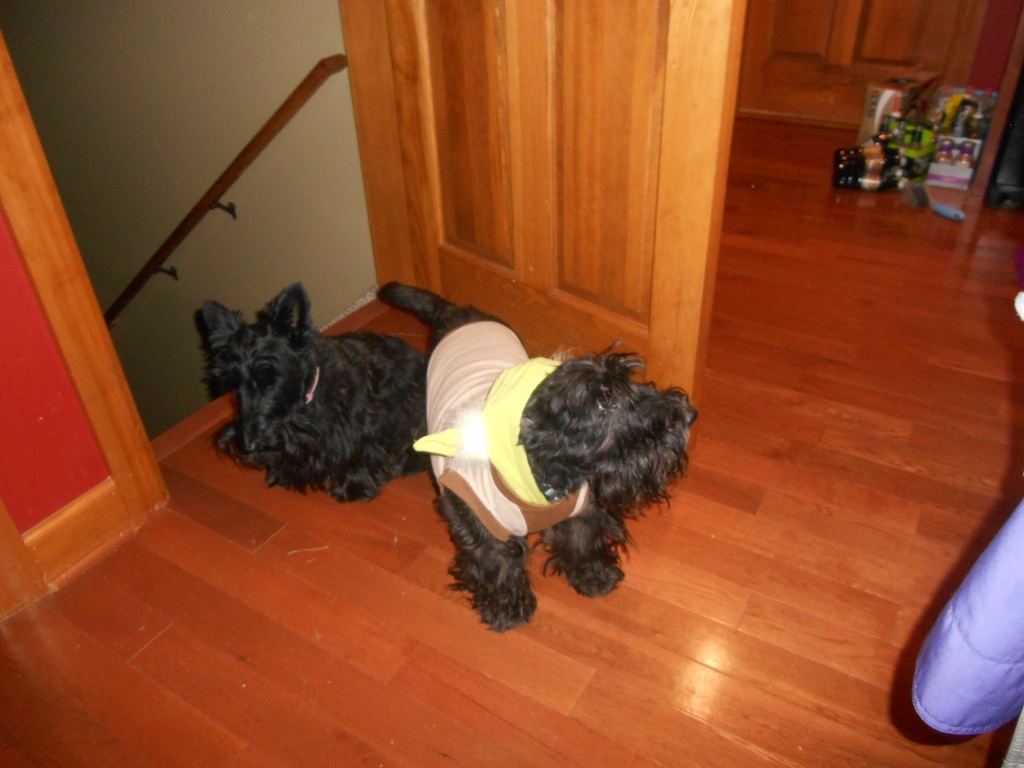 Somehow, I don’t think Angus liked the outfit very much… 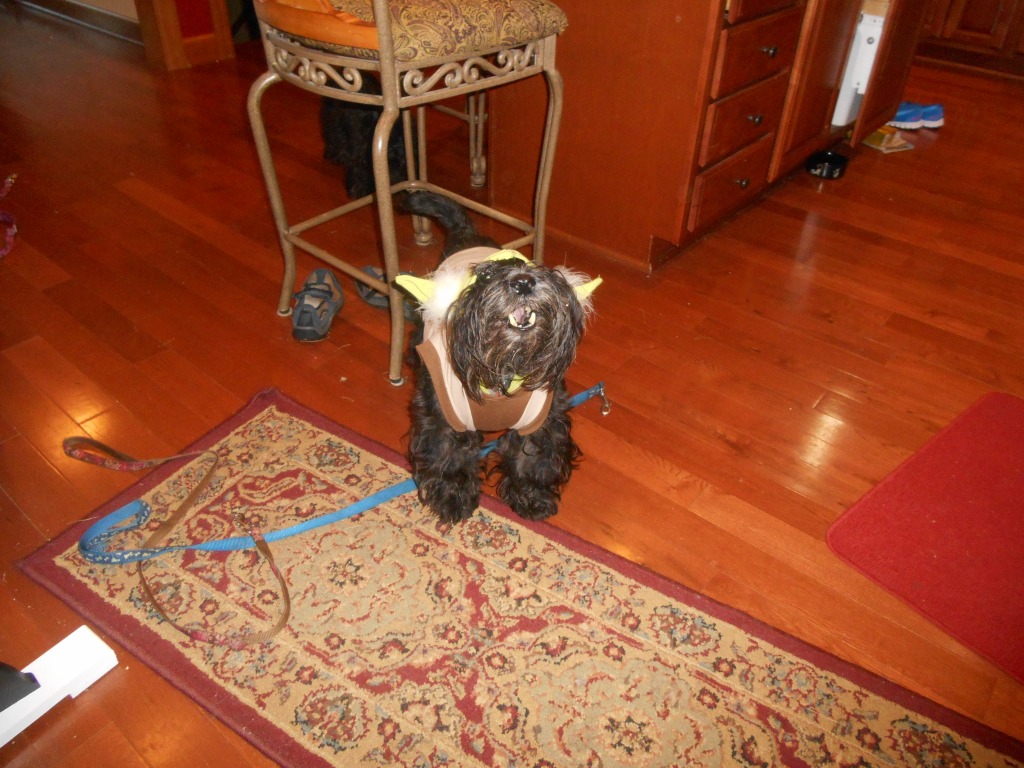 Anyway, excuse my indulgence.  I promise to get back to my regularly scheduled programming (everything about me, me and me) very soon.